The treatment at a urethral stricture

Since the causes of urethral stricture are individually, there can also be no general treatment plan. 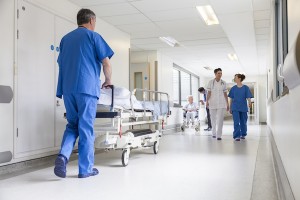 Instead, an individually tailored treatment plan needs to be created in any case according to precise investigations. In its planning, the following factors play a crucial role: the length and position of striction, amount of moderate urine, existing urinary tract infections (UTIs) and the involvement of the kidneys. In most cases, therapeutic measures include an invasive and not very easy operation in case of a urethral stricture. These are carried out as a rule in specialized clinics, in order to avoid complications. Depending on the shape of the urethral narrowing a matching surgical technique is chosen. Since there is a great disagreement in professional circles, regarding the pros and cons as well as the long-term results of the different surgical techniques in the art, it is worth to get a second opinion from another specialist. The following current treatment methods are briefly introduced.

Urethral Dilation as a Treatment Option

The medical term for dilation is bougienage. It is the time-honored method of treating urethral stricture. Special catheters, for instance a balloon dilating catheter, are inserted into the urethra in order to open up the urethral narrowing. However, the effect is only temporary and may need to be repeated on a regular basis, as strictures may recur. In most of the cases this happens only after 4 to 6 weeks. But when given detailed instructions the patient is able to carry out the treatment himself at his own home. Unfortunately experience has shown that the time intervals between each dilatation session become gradually shorter. Another possible risk is to damage the urethral tissue by inserting the catheter. These injuries can actually aggravate urethral stricture. Therefore dilation is rarely a cure. It is a treatment that can only alleviate the symptoms temporarily. In the long term it can cause further damage to the urethra.

The urethrotomy as Therapy

A urethrotomy called internal urethrotomy and comes only in certain cases as a treatment method in question. For the urethral narrowing has occurred for the first time and be less than two centimeters long. If these factors, the narrowing can be cleaved. The individual shall be set or prepared using a spinal anesthetic to the procedure under general anesthesia. The urologist performs after the endoscope into the urethra and cleaves the constriction by means of a laser or a knife. A catheter is used after surgery for some time as a splint within the urethra. With this method, there is a high probability to a renewed scarring. These new scars are more pronounced than the previously eliminated scars, whereby the initial situation in the long term is by no means improved in many cases. Accordingly, upon initial application, the success rate of this method is less than 30%. Repeated carrying out a slotting the recurrence probability is almost 100%.

A stent as a treatment method

As a stent is called a thin tube made of metal or plastic mesh . This is implemented using an endoscope in the urethra and is there the urethra to keep open . A distinction is made between permanent and temporary stents stents . Permanent stents can easily be left in the urethra . The temporary stent to be inserted and removed again after a few months . Since there may be some complications such as new injuries or recurrent infections even with this treatment and the long-term results are not convincing , is resorted to only in exceptional cases . From this method of treatment is not recommended.

The reconstruction of the urethra as a method of treatment

The most gentle and modern method to reconstruct the urethra is the MukoCell-method. A small biopsy of the oral mucosa is completed and brought to a laboratory where oral mucosa transplants are cultured to replace the tissue of the urethra. This tissue-replacement is used as the new basis of the narrowing part of the urethra to ensure that the tissue is accepted by the body of the patient. This method avoids the harvesting of oral mucosa on a large scale, to prevent additional surgeries and to reduce the risk of further injuries. MukoCell is the first permitted medication for innovative therapies of the diagnosis urethral stricture in Germany.

Other methods of treatment are:

The end-to-end anastomosis. The narrowing of the urethra is removed and the two resulting ends are stitched together in this surgery. This process is called end-to-end anastomosis. However, the end-to-end anastomosis can only be performed if the narrowing of the urethra isn’t very large. Once a correct indication has been made, the success rate of this treatment option is very high. Despite the success rate being very high, it might come to severe side effects with this method. This may include the distortion of the penis or impotence. This is due to the possibility of severing a part of the nervous-system of the penis. It is very important to consult another specialist to gain a second opinion about the topic, due to these severe risks.

Another possible treatment method is the urethroplasty, where body-tissue is used. Parts of the foreskin, the oral mucosa or different mucosa are used to replace the missing piece of the patient. The specific part that is used to replace the urethra is determined individually. This method is also used as a treatment in case of an avulsion of the urethra. This method is a difficult procedure, only to be used by very experienced surgeons that are specialized in this kind of problem. It is very important not to cut the direct and indirect blood supply of the cavernous bodies during the surgery. The surgery might also be split in several sessions in the case of a very complex narrowing of the urethra. These sessions have to have a break of several months in-between each other. After this procedure there will be a splint in form of a catheter in the urethra for several months. During this treatment, a tissue-replacement will be taken from the patient’s body. This results in a risk for following operations with the possibility of damaging the withdrawal site. The most common tissue used is the oral mucosa, with the following risks for the mouth area: Sensibility disorder, increased salivation, facial expression disorders, pain when eating or drinking and problems when speaking. Again, a second specialist should be consulted due to the possible side effects of this treatment.

Disease course and prognosis in the case of urethral stricture

If a urethral stricture is not treated, it can have serious consequences. In the long term it leads not only to a reduced quality of life, but with a urinary also the kidneys can be concretely damaged permanently. An early diagnosis and a rapidly followed adequate treatment here is so crucial for the further prognosis. Although the urethral narrowing recurs after treatment, it is important to act quickly. The prognosis is better, the shorter it is and has been pretreated less often.

What happens during a urethral stricture?
November 10, 2015

This website uses cookies to improve your experience while you navigate through the website. Out of these cookies, the cookies that are categorized as necessary are stored on your browser as they are as essential for the working of basic functionalities of the website. We also use third-party cookies that help us analyze and understand how you use this website. These cookies will be stored in your browser only with your consent. You also have the option to opt-out of these cookies. But opting out of some of these cookies may have an effect on your browsing experience.
Necessary immer aktiv
Necessary cookies are absolutely essential for the website to function properly. This category only includes cookies that ensures basic functionalities and security features of the website. These cookies do not store any personal information.
Non-necessary
Any cookies that may not be particularly necessary for the website to function and is used specifically to collect user personal data via analytics, ads, other embedded contents are termed as non-necessary cookies. It is mandatory to procure user consent prior to running these cookies on your website.
SPEICHERN & AKZEPTIEREN